Born of the Red Talon Tribe, Stormlord of Talos, Slayer of Cormyr, Dragon S/Layer, Herald of the Storm.

Born into the Red Talon Tribe, his father Thul’Mak Duum and his mother one of the many trophy brides taken on his raids.
He and his many siblings were born into servitude and remained nameless, raised in fighting pits, killing each other for scraps of food and fighting creatures to entertain the other tribe members.
He managed not only to survive, but to flourish in this environment. Every day, blood, death and glory. Every night another beating by the slavers, locked in shackles and caged.
He gained fame and infamy, other tribes would bring fighters to battle with this mighty savage, after one particularly gruesome fight against the best fighters from several rival tribes, he stood swaying from his injuries refusing to drop, the cheers abated, the chief stood and bellowed,

Ha’kor collapsed from bloodloss and was taken away to recover.
He had a name…
On this night a storm raged around the mountain home of the tribe, and Ha’Kor dreamed.
He dreamed of great storms, destruction, chaos, war and death. And a voice deep and rolling like thunder spoke to him then,

“Ha’Kor… I have need of one such as you… I see in you all that I need in a true follower…
I am Talos, god of chaos, storms and destruction… You could be greater than this… And all you have to do, is live for me and take my word with you…”

Without a word the decision was made, his heart and soul dedicated to Talos, Ha’kor awoke.

A few short days later, when his wounds were closed and it was decided he was strong enough to fight again, he was brought back to the pits and stood before his father.

With barely a pause he looked over to his father’s side.
“Them…! "
Meaning the slavers from the pits.

With rolling laughter, Thul’Mak motioned his guards to force the protesting slavers into the pit with Ha’kor…
It wasn’t quick…
It was slow, painful, bloody and ultimately…
Satisfying…

Upon return to Thul’Mak’s throne chamber.
“You may have any prize you desire my son… Choose anything from my treasury, gold, jewels, weapons, armour, women…?”

A moment or two later, Thul’Mak looking over at Ha’Kor.
“You like it..?”

Ha’Kor had pulled a suit of black plate from a pile of trophies, but had stopped to pick up and look closely at a wicked looking heavy mace, inset with red gemstones.

Their eyes locked… “My freedom, father… That’s what I want from you…”

Ha’Kor stopped and looked over his shoulder.

“Is this it..? Is this how you’ll repay me for making you what you are..? With you by my side we could do anything, do you hear me…?” He yelled. “I’m offering you a place by my throne..!”

Ha’kor began walking again and called over his shoulder.

“Don’t worry father… One day I will return for my throne..!”

Ha’Kor walked from the place of his birth, his first steps as a free man, with the deep rolling laughter of his father echoing behind him. 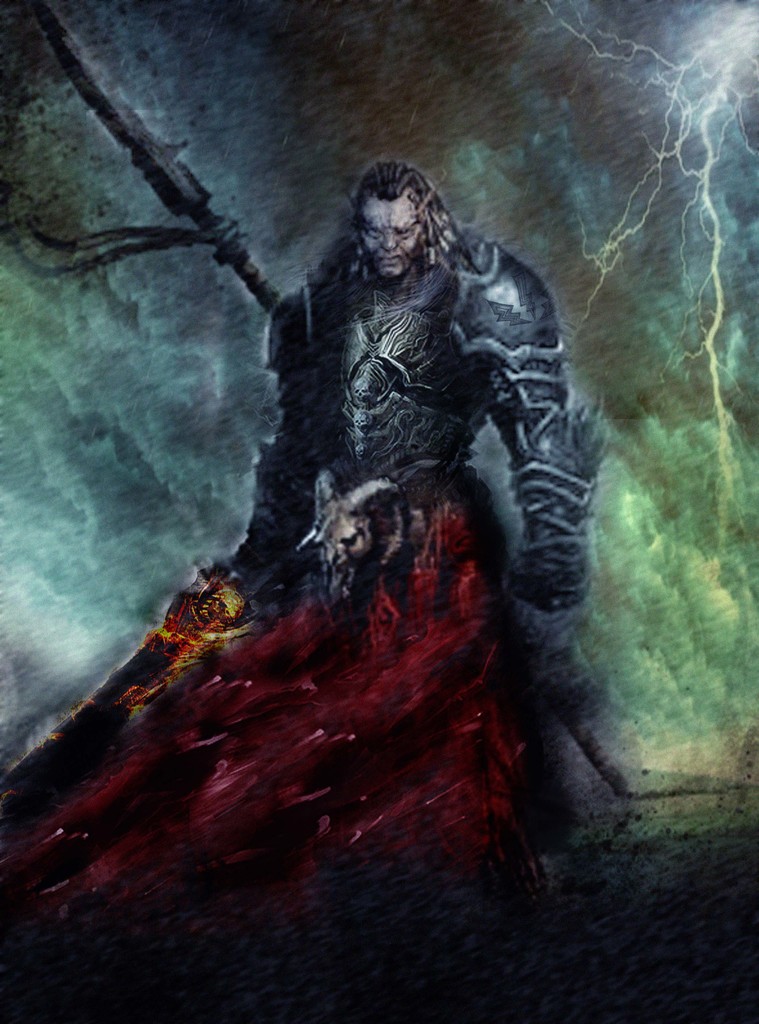